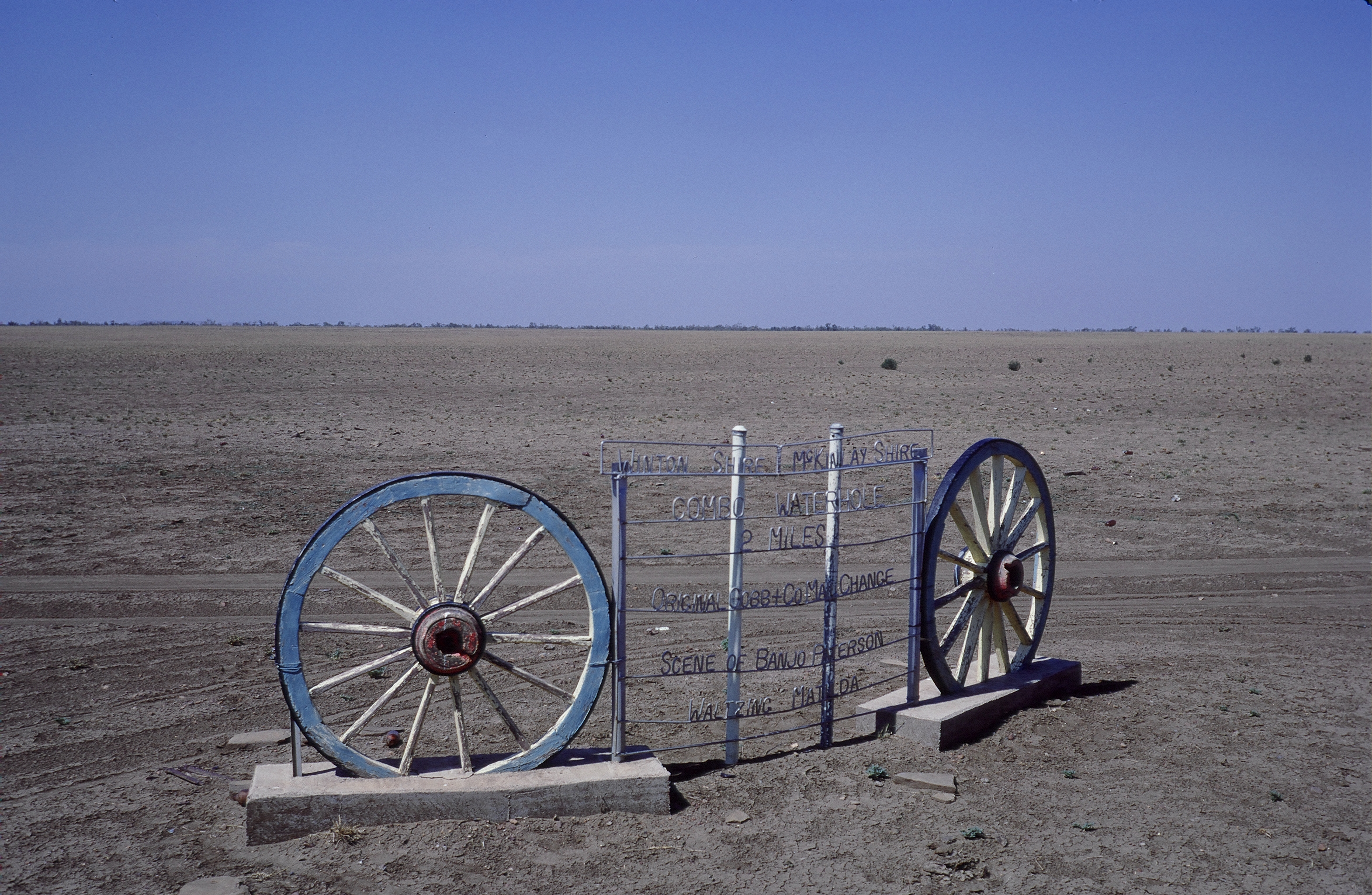 Having lived in Sydney for most of 1972 by now, I couldn’t leave Australia without first exploring their famous Outback – that vast empty (to our eyes) desert stretching as far as the eye could see. But how to do it? Flying would have been prohibitively expensive.

I discovered a much cheaper alternative. Centralian Tours was a company that organized budget coach trips through the backcountry. Given that hotels were few and far between, a coach driver, courier and cook would set up a bush camp each evening and make meals for us over a fire as we raised our own tents. It worked for us. I wonder if anything like this would still be done these days.

But who could I talk into accompanying me on this 22-day 8,500 km. Red Centre adventure with 35 strangers and temperatures often over 40℃? The Australians I knew certainly didn’t want to leave the city. Unless it was to go to Melbourne’s gay scene! My boyfriend at the time, Terry, was my target and he, somewhat reluctantly, agreed. Of course, it would be also his first time into his own country’s wilds. We left Sydney on the last few days of 1972.

Leaving Sydney, we headed northwest taking the inland route through Queensland driving hundreds of miles between the smallest towns: Cunnamulla, Charleville, Tambo, Longreach (where Qantas was started, I seem to remember), Winton, Cloncurry and Mount Isa. Each town began to look the same in the heat. They certainly all had their hotel where we headed for a drink.

As we crossed into the Northern Territory, I learned that the tradition was to push the coach across the border. We went along with it, but it was hard to do that while navigating a cattle grate.

A very unique New Year’s Eve was spent at the very isolated, but beautiful in its own way, Frewena, Northern Territory. Only one building. We and our fellow travellers drank and celebrated the New Year with the stockmen and the cattle.

Darwin was our northerly destination, the Northern Territory’s capital city. I have very little memory of the town that had existed in my imagination as the pioneer place that was severely damaged by several Japanese aerial bombings in WW2 – the only place in Australia to be attacked.

I did go for a swim by the ocean in what seems to be a skimpy-ish Speedo. It’s what Australians wear, I had learned.

The only direction to go now was South. But lots still to see on the way back home. First stop – Alice Springs in the very centre of Australia – and the nearby Ayers Rock. In those long ago days, we had very little idea of how sacred the Rock was to the aboriginal population. It has been called Uluru, its aboriginal name, for a long time now and very few people climb it anymore out of respect. But we didn’t know any of this, so up we went.

I’m not sure if anyone noticed or minded that two young men (Terry and I) were sharing a tent. In those days hardly anyone would suspect anyone was gay. We did share this truth with these two young women whom we befriended on the trip (below), here renting a car with us while touring in Alice Springs. Certainly the young man on the right was very interested in our female friends. I can’t remember if he succeeded in getting them interested in him.

After returning to Sydney, it didn’t take long for Terry and I to break up. My first longish gay relationship ended. I don’t blame him. His heart wasn’t really into the trip to the Outback nor to me, I must confess. I felt sad but we were both ready to move on.

As for work, I continued for 4 months as a supply teacher in the Catholic school system, the most scary school being run by the de la Salle Brothers. I talked about that experience here.

An important decision needed to be made by me. My teaching experience was tough, but very rewarding. I knew I needed more training to become better at it and to give me a proper qualification. To get that, I needed to return to school. But where?

I applied to both the Sydney Teachers’ College and to the University of London’s Institute of Education. I would let fate make that decision for me. Whatever place accepted me first would be the one I would go to. Not the most rational way to make a decision, but not outrageous either.

Before long, I got an acceptance letter from the University of London and so my decision was made. But how to get there by September? Still having itchy feet for more backpacking and travel, I gave myself 4 months to get to London. During that time, I would explore as much of southeast Asia as I could and the war in Vietnam would allow me. The only criteria was that I needed to be in Singapore at the end of August to get on my charter flight to London Gatwick.

Where would I begin my travels? I learned that there was a direct flight from Darwin to Portuguese (as it still was then) Timor, so I booked that. To get to Darwin, I decided to again take a Centralian Coach Tour so back I went for another trip to the Outback.

With a pocketful of travellers’ cheques, an airline ticket and a new backpack, I left Sydney on May 6, 1973. I had spent the previous night at a Gay Lib Dance at Paddington Town Hall. What a way to go! Lots of sad/happy goodbyes and tears. The experience with Sydney’s Gay Liberation and living far away from home had been profoundly important to me, having a lifelong impact. I began to question why I was leaving this place at all. Was I making a mistake? The die had been cast, though, and off I went.

Instead of heading inland, this time our coach stuck to the Pacific coast all the way up through Queensland: Coffs Harbour, Brisbane, Gold Coast, Rockhampton, Townsville, Cairns – even up to Port Douglas: all very tropical and very different from the previous desert-like Outback trip a few months earlier. At Port Douglas on the coast, we finally headed inland, going over to a shrimp factory on the Gulf of Carpentaria.

Very soon into the trip, I discovered that our courier, Dick, was, conveniently, gay. It gave us more to talk about and he even took me to a few gay bars he knew along the route. Yes, gay bars in small towns in Queensland – or at least cruising areas. He knew them all. That added a whole new dimension of fun to this goodbye to Australia.

Sixteen days later after leaving Sydney, we reached Darwin. I said goodbye to the coach tour as they headed south and I headed to the airport to get that flight to Portuguese Timor. My first stop on my Southeast Asian trip. That’s the next story.

As a postscript to this post, I want to talk briefly about the last trip I had to the Outback, this time 30 years later in 2002. My partner, David, and I flew to Sydney for their Gay Games (we competed in the 10 km (me) and half marathon (David)). After it was all over, we stayed on for an all-gay tour that took me back to Cairns, Port Douglas, inland to Alice Springs and Uluru, finishing in Melbourne.

But, this time it was all plane and all gay! No coaches. No camping. At least not of the tenting variety. And we’d all seen the film Priscilla, Queen of the Desert, so everyone knew something about what we were getting into.

Visiting Uluru (Ayers Rock) this time was a very different experience. All the tacky campsites and cheap motels that used to be littered around the site in the 1970s had been removed and an upmarket Tourist Area had been created many miles away. The solemnity and majesty of the site was better preserved and its sacredness respected. The changes also helped to handle the thousands of visitors who now came here from around the world. Very different from 1972.

Here’s a little slideshow of that visit to the Outback in 2002.

My next post will be about my adventures backpacking in Timor, Bali and through Java and onwards. Can’t wait, eh?

7 thoughts on “Into the Australian Outback”