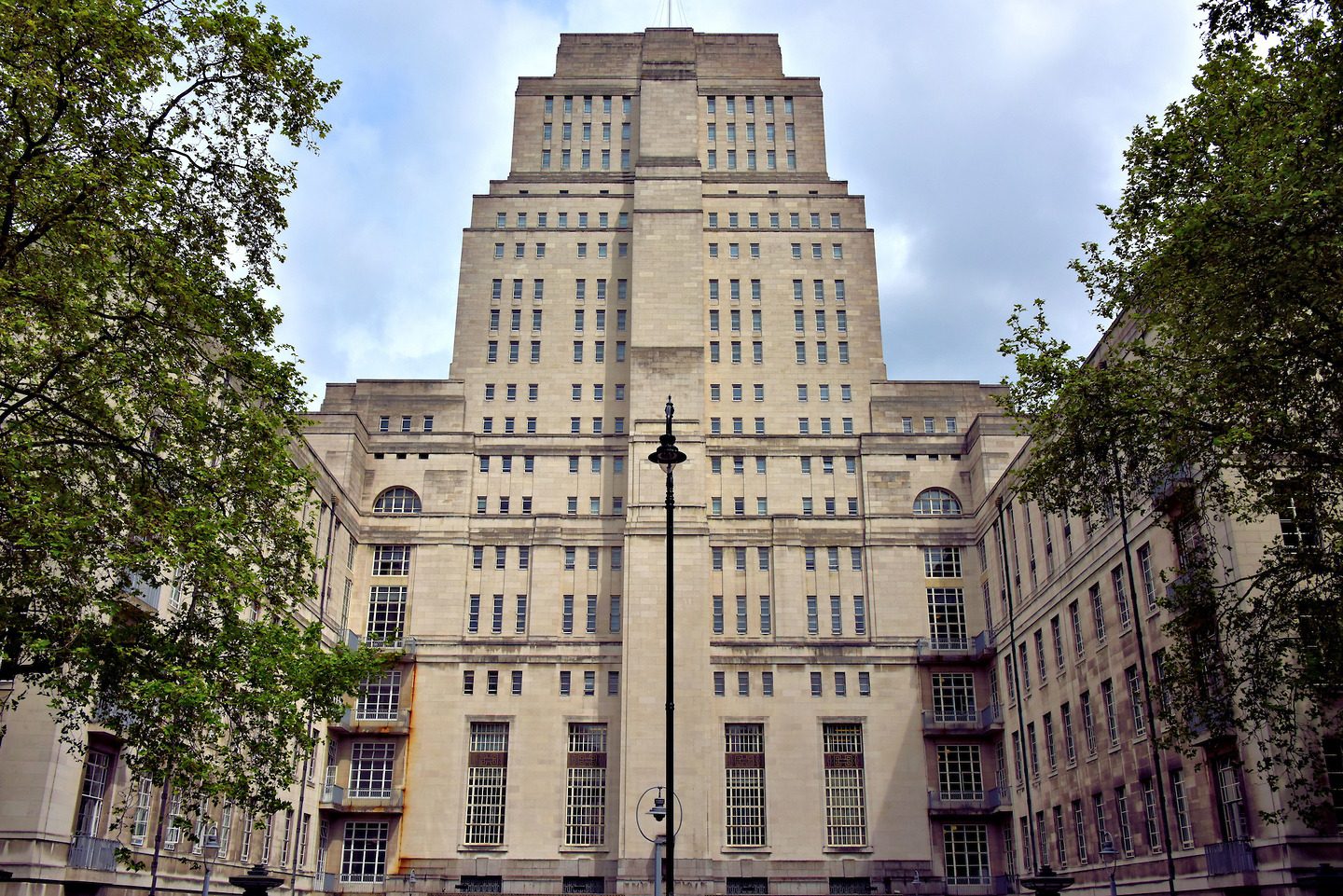 It’s the beginning of October 1973 and time to start my PGCE (teacher training) program at University of London’s Institute of Education. The Institute at that time was housed in Senate House on Malet Street – an imposing building in what would be called Stalinist style by people who hated it or Art Deco by people who loved it. In either case, I loved the feeling of being a student in central London and this building certainly added to the sense of being in some place special.

I trundled up the stairs and paid my Overseas Student tuition of £255. That price didn’t seem particularly unreasonable to me but I later learned that Home Students not only paid zero tuition but they were also given what was called a maintenance grant (means-tested) to live on. Those were the days when education was meaningfully free. But even back then, there were attempts by the government to cut back that grant and, in November, in solidarity with my fellow students from England, I found myself on a NUS (student) demonstration fighting those cutbacks.

At the Institute of Education, I have very little memory of what I learned in the large 400+ people classes for the History, Philosophy, Sociology and Psychology of Education which took place in that impersonal Senate House. I could show you the notes from those classes, which I still have, but I imagine you would prefer to skip that treat.

What does stick in my mind is my much smaller Social Science methods class – about 10 of us, with many of whom I became friends. Those classes were in lovable and more human scale town houses in nearby Bloomsbury.

As future teachers, our subjects were going to be Social Studies and Sociology in secondary schools and FE colleges. Although my classmates were friendly, I felt immediately intimidated because they all had Firsts or Seconds in their undergraduate Sociology degrees from prestigious universities.

I had a three year BA from Queen’s University in Canada in Political Science and Sociology but, in Canada, our degrees were and still are more general. On top of that, I had taken only about 5 courses out of my 15 courses in Sociology, two of which were in the field of the Sociology of Deviant Behaviour where I had wanted to hear the word “gay”. All I did hear was “homosexual”. Once. Not what I’d hoped for and it certainly didn’t prepare me for teaching Sociology.

In higher education in the UK, more and earlier specialization was the norm. Therefore, for these students, structural functionalism, conflict theory and symbolic interactionism, along with Comte, Durkheim, Weber, Parsons, Mead and Marx rolled off their tongues with no problem at all while I struggled. They were very kind and helped me to uptick my knowledge as quickly as was possible.

My fellow sociologists, Judy, Sue and two Paulines kindly invited me along for a weeklong outing at Easter to the town of Whitby in Yorkshire . As it was my first trip out of London into England, I was ecstatic and very much appreciated being included in this eye-opening holiday of this coastal town along with the stark beauty of the dales and woodlands of the North Yorkshire Moors. And who wouldn’t be excited to visit a nearby village with the name of Robin Hood’s Bay.

It was on this trip that I started my long journey to absorb elements of English history which is certainly easier to do when you’re in situ rather than in a History class. The women and men I was meeting had absorbed English and British history through their schooling and I discovered that, similar to my knowledge of Sociology, I was far behind.

Nearby Whitby Abbey was one of the many places confiscated and destroyed by the crown under Henry VIII during the Dissolution of the Monasteries around 1540. We wandered through the stark ruins overlooking the North Sea.

The problem of my sociology knowledge deficit became even more intense when I was offered to teach A-Level Sociology at the Loughton College of Further Education (FE) in Essex on Saturday mornings, presumably because no other lecturer wanted to touch that time. Despite my lack of confidence and having to get up at 6 am to get there, I grabbed the job because it was nearly £3/hour and I needed the cash – and experience.

I managed to stay just one class ahead of the students. Normally full-time students study a full two years before writing A-level exams, but these part-time students were only having my three hour class once a week for one year. They had to cram and so did I.

I still have their exam results (are you surprised?) and I will confess that, of the 6 who ended up sitting the exam, there was one B, one C, one D and three O’s. Only readers from the UK will understand what I’m talking about but it’s not very good.

But at least they liked me, as I recall. That was something that became very important to me as a teacher, for better or worse.

My major teaching practice that year was at that same FE College where I taught on Saturday mornings. The Social Studies/Humanities staff room was full of ex and current hippie leftwing lecturers with long hair and long skirts. They paid me little heed but they were willing to answer my questions and give me advice. I remember one tall, lanky, bearded teacher, Andrew, telling me that his best classes were those that he prepared as he walked down the corridor on his way to start the class. Very cool, but not for me.

I parlayed my acting experience at high school and university into helping out at “Drama for Eights” where we went to a local primary school and worked with the young children to put on plays. Now that was easier to master!

Who I was delighted to discover in that staffroom was Bob, a History lecturer and proud Scot, whom I’d just recently met at one of my first Gay Culture Society meetings at the London School of Economics. I was relieved not to be the only gay in the staffroom. Bob was a few years older than me and had more experience as a teacher, including teaching for several years in Tanzania. And he was out and proud which was not a small deal in the early 70s. I could see he was liked by the other lecturers so I knew that I didn’t have to remain in the closet.

Bob, of all the lecturers, was the most helpful by not only providing me with useful classroom management strategies but also about how to negotiate the politics and occasional dramas of the staffroom. He was involved in the lecturers’ union at his college and his commitment led me to not only join that union but also be an activist within it for many years to follow.

As well, within a year, we worked together to form a gay and lesbian group with the intent of pressuring our union to protect their queer lecturers against discrimination. Up to that time, the union certainly had not seen that as necessary. A teacher’s sexuality was something private and personal, they would have said. They had yet to learn that the personal was political. More on that in another post.

Little did I know then that Bob and I would become housemates and lifelong friends, moving in and out of each other’s lives over the decades. He continued and continues to help me and mentor me through life’s ups and downs, including still trying to help me understand the nuances of Marxism and Trotskyism, not to mention Brexit – including giving me feedback on these posts.

Final Exam and a Job

The end of my first year in London approached rapidly, finishing with a three hour final exam. The questions reflect how thinking was rapidly changing around the institution of education at this time – were schools and teachers an oppressive force for the subjugation of the masses or were we a tool for a change to bring about a more progressive and socialist future? I believed in the latter, of course.

I must have passed because I got my certificate and became a qualified DES (Department of Education and Science) teacher – number 73/88019.

Two weeks after writing this exam, I headed out to the end of the Metropolitan Underground Line for an interview at Uxbridge Technical College for an Assistant Lecturer in Sociology job – and got it – with an annual salary of £2300 which was fine by me. Several other candidates were offered jobs on that day for a variety of posts. Those were the “good old days” when it was much easier to land a job.

Until I started teaching there in September 1974, though, I was free for a summer of adventures. Part of that summer’s explorations included a three week trip to Vienna where I took a beginner’s course in spoken German. Why? Because it gave me an excuse to travel into the heart of Europe for more explorations as well as giving me grounding in a new language. That training paid off when I ended up living in Germany for three years from 1978 to 1981.

More about that trip in the future, but my next post will be a darker one. It will be the sad story about Garry, my roommate and lover from this period, telling you what I learned from him about love, control and pain.

17 thoughts on “Off to Classes”