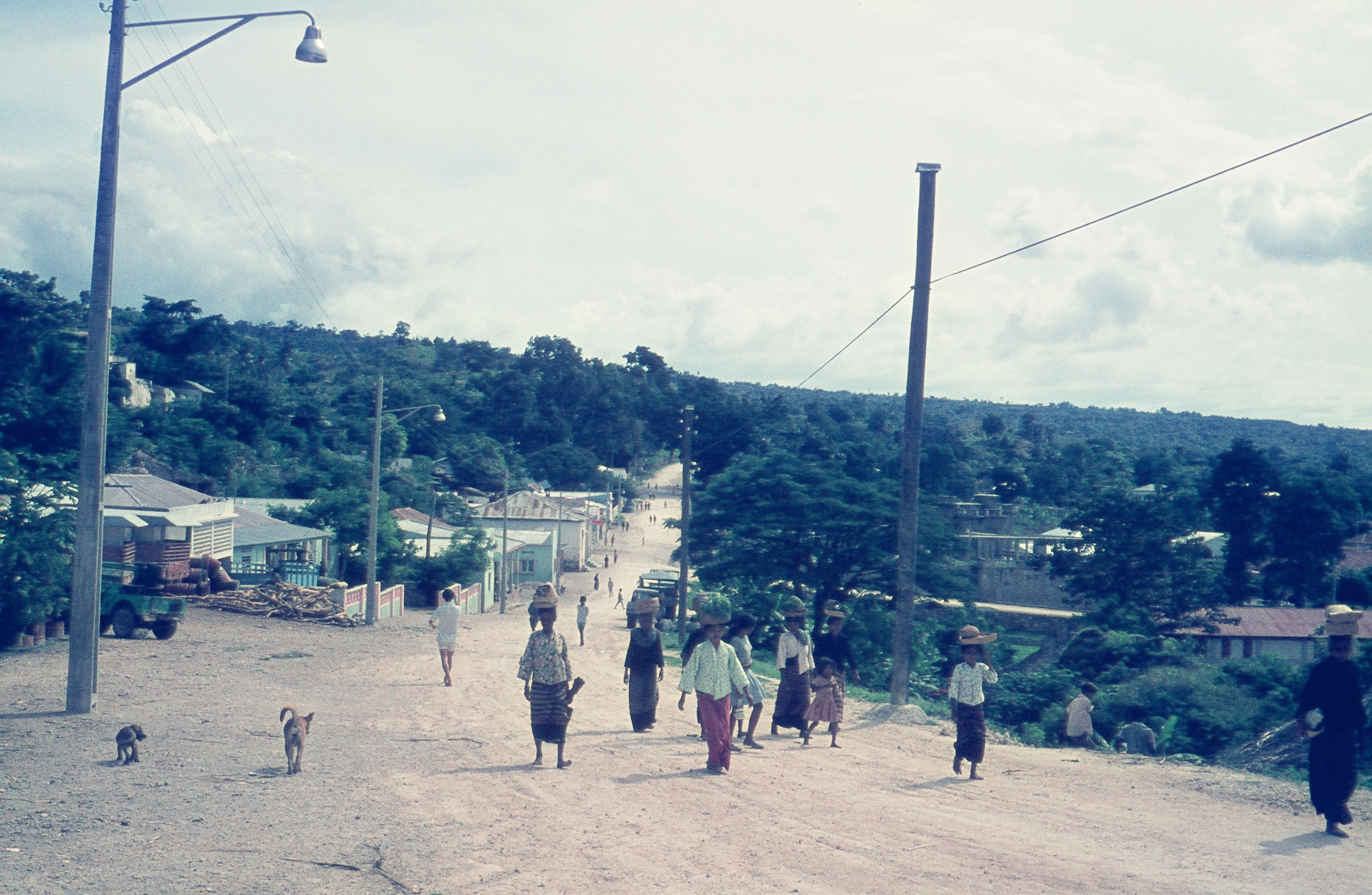 If you’ve been following my story, you’ll know that it is now May 1973 and that I’m a Canadian who has just left Australia after living there for a year and a half where I had all kinds of queer and wonderful adventures. I’ve put on my backpack again and I’m now heading to London via a 4 month trek through southeast Asia – or at least the bits of it that were accessible given that the wretched Indochinese war was still in full swing.

The tourist sites that are packed today – such as Cambodia’s Angkor Wat – and North and South Vietnam were certainly out of bounds. Laos was tricky but I did get there which I’ll tell you about later. That left Portuguese Timor, Indonesia, Singapore, Malaysia and Thailand, in the footsteps of many other hippie backpackers.

I wasn’t brave enough to go the whole “Overland” route from Australia to the UK and time was against me. I booked a cheap flight (A$150, I remember) from Singapore to London Gatwick for August 31, 1973 and that gave me my 4 months to explore this area before I had to catch that plane.

In terms of guidebooks, there certainly weren’t many for travellers at that time, especially compared to the information that’s available today on-line. I’ve recently learned that the first Lonely Planet guidebook (Across Asia on the Cheap) came out in 1973, but I don’t remember seeing it then. I did buy the Golden Guide to South & East Asia in Sydney before leaving and, at A$3.75 and 500 pages, it was heavy and expensive, but it was worth it. You won’t be surprised to learn that I still have that book!

This expedition would start in Darwin and, since the first stop on this adventure of mine was to be Portuguese Timor, I needed a visa. I headed to a house in the suburbs of the Darwin. That house was the Portuguese consulate where a kind woman (the Portuguese honorary consul, I presume) sat me down at her kitchen table and provided me with the visa you can see on the right below for the cost of A$3.20.

I also needed to research East Timor in my brand new guide book and found it deserved only two pages. Here’s one of them.

At that time, East Timor was a backwater, largely ignored, colony of Portugal, just a short plane hop from Darwin and completely surrounded by sea and Indonesia. A little bit of the country was on the western side of the island of Timor – an exclave called Oecusse.

I left Australia on May 24, 1973 and landed in Baucau, the country’s second city and site of its international airport. I was back again in a third world country (as we called it in those days), but no obvious signs of major poverty – just poor. Here’s the first photo I took there.

As I wasn’t prepared to sleep outside in my sleeping bag yet, I checked into “Pete’s Bar”. The Baucau Hotel was too expensive at A$7.50 a night, as I had noted in my diary. The oldest son, Jamie, hung around with me quite a bit and seemed very interested in my stories from life in Australia. I wondered if he might have been potentially gay because he talked about his ambition to leave Timor and get to Australia. He sounded desperate – as if it was more than just wanting a better job. If so, I hope he made it out before tragedy descended on this poor country.

That flight from Darwin had a few other backpackers on it, like me, and we hung out together. We were still rare enough to be of some interest to the locals and we were soon asked to help out at the school in their English class. For many of the students, it would be their third language after Portuguese and their local language, Tetum. I’m not sure we were of much help, except for generating a few laughs.

The guidebook said to get to Dili, the capital of Portuguese Timor, only “hardy travellers” would take the overland route. Of course, I saw myself in that category so, as my diary said, “Left Baucau at 8.15 am by bus and bumped into Dili by 3 pm” – over 100 km of potholes and and rickety bridges to get to the big city – but gorgeous views along the way.

Through the grapevine, I had heard that Dili provided a basic structure where backpackers could stay right on the beach: the “Hippie Hilton”. A cement floor wasn’t the greatest for sleeping on but it was free. Exchanges of all kinds took place here. My diary reads “cruised Esplanade in Dili until 11 pm”. I wondered what happened there?

In Dili, we wandered the crowded markets and came across a large tent like structure full of men. We worked our way in and I realized that I was viewing my first and only cock fight in a literal cockpit. Bets were being made on which cock would kill which cock first with a razor sharp blade tied to their spurs. It was all quite nasty but it was over in a flash and was clearly the main attraction in town.

A group of us took a day trip to the small coastal town of Liquica, about 30 km to the west of Dili. A group of schoolboys were on the beach and I took their photo. I wonder what kind of lives they lived given the upcoming horrors of occupation and resistance that I will talk about below.

Into Indonesia from Oecusse

As I mentioned above, this country includes a little exclave called Oecusse. Given how I love exploring borders and boundaries, I couldn’t imagine leaving Timor without going there but as relations with Indonesia were not friendly, a plane had to be found to take us to it. Several delays and negotiations later, a group of us youngsters shared costs to hire a 9 seater plane to get us there.

We only had a little time in the small village where we landed and we were then driven by jeep to the border. We had to walk on our own across the border into Indonesia. There another jeep was waiting to take us to the nearby Indonesian town of Kefamenanu for overnight. Here we had to show our passports and had some hassles, according to my diary. What hassles, I wonder.

The next morning we got into the back of this truck – shared with locals – for a 200 km drive to Kampala – the main Indonesian town on this island. Kampala was only a stopping point on our way to Bali – the next stage of my journey. That story is coming up soon.

Despite internal conflicts, the government of Portuguese Timor led by the socialist Fretilin party declared the country independent from Portugal on November 28, 1975 and it became East Timor. But just nine days later, neighbouring Indonesia invaded it with, some say, the support of the USA and Australia who were wary of a socialist state so nearby.

Indonesia brutally occupied East Timor for the next 24 years. Fretilin was the political party, along with their allies, that waged a clandestine war against Indonesia during the entire occupation.

Over the period of Indonesian occupation and after three further years of UN administration, there were over 100,000 conflict-related deaths in a country that had a population of just 650,000 in 1975. Tragic.

It wasn’t until May 2002 that East Timor finally gained its independence to form the Democratic Republic of Timor-Leste – the first new country of the 21st century, apparently.

Even though I had been in East Timor for less than a week, I was intensely affected by their struggles over the decades as I couldn’t imagine such a peaceful country being decimated as it was. I thought of the people I met during my time and I would wonder what had happened to them.

Even distant London had demonstrations in favour of an independent East Timor that I went to, given my emotional attachment to the country. I still have my Fretilin badge from that time.

If you want to read more about the history and struggles of this small country, go here and here.