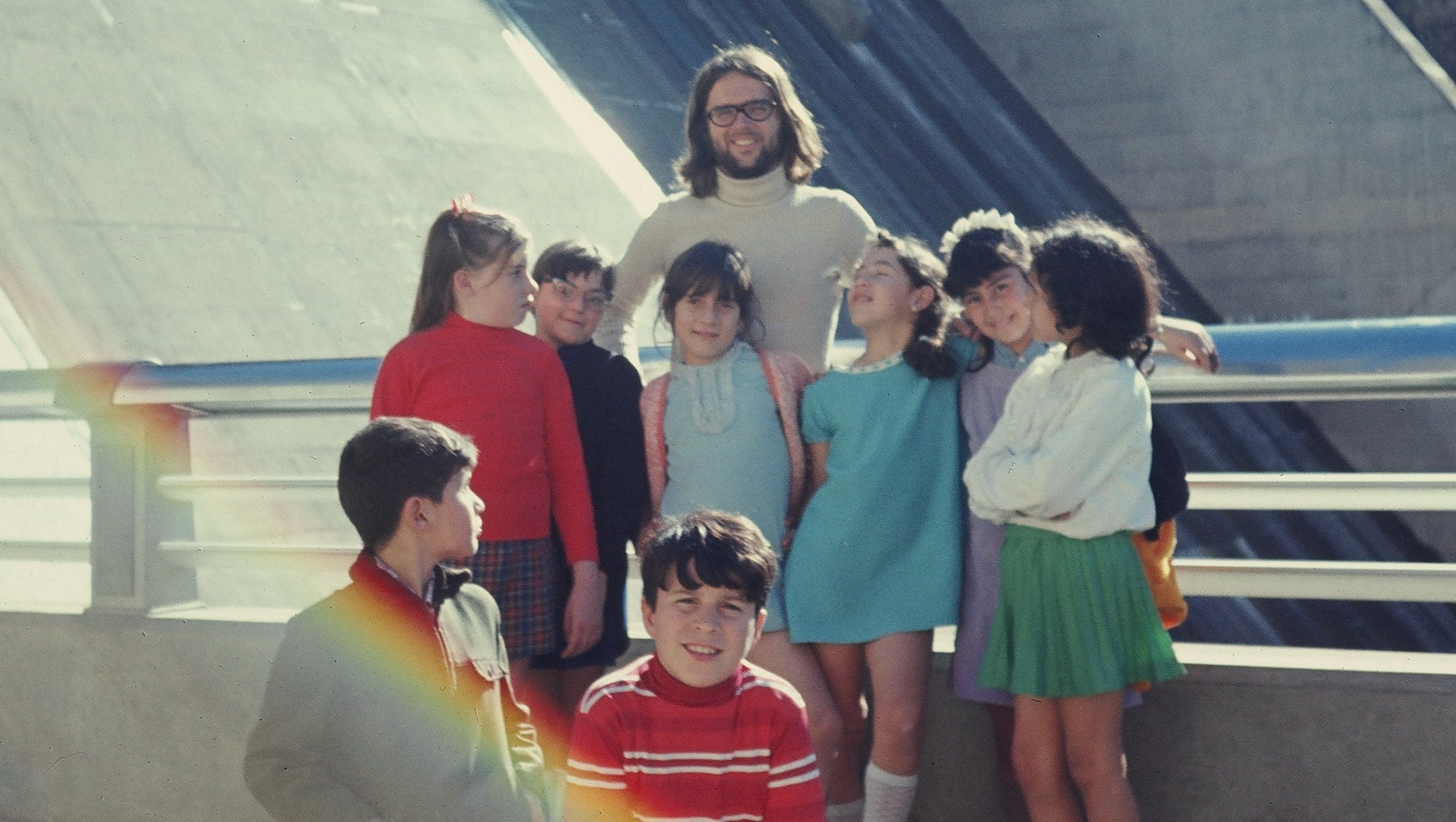 Having arrived in Sydney from Canada in early 1972 as a 22 year old, I plunged right into the Gay Liberation scene, providing me with friends, new knowledge, and, not to mention, plentiful opportunities for sex.  But, to survive, I had to do more than explore my new-found politics and sexuality.  I had to get a job.

Before leaving on this trip, the father of a friend of mine in Toronto had given me a Letter of Introduction (are these still a thing?) to show to a colleague of his who worked in Sydney.  “With this letter, he’s sure to give you a job”, he said.

I dutifully showed up at that man’s office and I could tell right away he did not take to me.  My long hair, beard and generally scruffy hippie look meant this certainly wasn’t going to be my place of work.

Will Disney on Parade hire me?

Scanning the newspapers, I saw an ad asking for dancers and singers to audition for the newly arrived Disney on Parade show where live performers sang and danced as Disney characters from their famous films.

You didn’t know I had these talents?!  During my time at Queen’s University, I’d belonged to the Queen’s Musical Theatre group.  Never a leading light, I did, though, have a ball singing and dancing in the chorus of The Boyfriend and The Pyjama Game.

But in Sydney, I was up against professionals at the auditions.   I did get a callback, but I never got a part in the show.  However, they did offer me the opportunity to sell souvenirs and candy to customers.  What a comedown.  And I could have been the Big Bad Wolf! (see photo below). I had to face the truth that a career in the theatre was not going to be for me.

Continuing to peruse the want ads, I saw one from the Sydney Catholic School Board looking for teachers.  I wasn’t a trained teacher but they seemed to be open to hiring people who had degrees.  Having just finished my BA from Queen’s, I applied and was interviewed and I was offered a job starting right away as a teacher at St. Mary’s Catholic Primary School in Erskineville, an inner suburb of Sydney.  And I was going to earn A$4460 which I quickly calculated to be $86/week – a fortune to me at the time.

As for being a teacher, I couldn’t believe it.  What was I going to do?  I had no idea how to teach.  I wasn’t a Catholic.  I had no experience of school uniforms that all children in Sydney seemed to wear.

I had, though, taken a Sociology of Education course in the previous year which had taught us about the Free School Movement (remember Summerhill?) emphasizing the importance of allowing students to be free to develop according to their unique needs and potential.  This was going to be my goal – to let the students be free to pursue their own educational goals.

And then I met the nuns

My hippie ways of thinking were not going to go down well in this very strict atmosphere of traditional rote learning.  On my first day, I heard the strap being given to a student by a nun in the next classroom.  Whack.  Cry.  Whack.  Cry.  Very unsettling.

Nevertheless, perhaps because I was the first male secular teacher ever to teach at this school, I was given some leeway to try new teaching methods.  My class was small so perhaps they felt I couldn’t do much damage.  I was also very lucky to be befriended by the only other secular teacher at the school – who was relatively new herself.

Dianne had completed three years of a teachers’ training course and certainly knew what she was doing.  She would be my saviour with advice on how to handle the students and the nuns.  But I soon learned that, despite her obvious competence and my incompetence, she was paid less than me because, one, she didn’t have a degree and, two, she was a woman!  I was shocked and ashamed.  It took several more years before there was pay equality for women at this school board.

As we became friendlier, I came out to her and we bonded even more.  On Friday mornings, we enjoyed going to the convent together at the invitation of the nuns to join them for tea at the morning break around their formal dining table. We were on our best behaviour.

There was one Sister whom I particularly liked and who seemed to appreciate my different ways. Sister Veronica overlooked my lack of strictness because I think she thought my heart was in the right place – and the kids seemed to like me.  I liked her because she was ready to hike up her habit when going on a steep descent on one of our outings! (see photo)

I learned quickly that around half of the students at the school were new immigrants – mainly from Lebanon – a country I’d barely heard of at the time, much less knew about.  I don’t remember any problems between them and the “white” Australians and their integration seemed to be going smoothly, although my understanding of racism was very limited at this time of my life.

I did, however, get a taste of what we would now call white privilege.  The parents of one of the white Australian boys invited me to dinner.  I remember a pleasant evening which included me talking about my teaching methods and goals.

A week later, their son had been removed from my class and put into the next grade up – even though it was already full – whose teacher was my special Sister Veronica.  She eventually explained to me that the parents thought that my teaching methods would disadvantage him getting into the right secondary school which required taking an exam.  Maybe they were right.  My guess is that the parents of the immigrant kids would never assume they could ask for such special treatment.

Despite the pleasures of this job, I also found it demanding and stressful.  So much so, that I handed in my resignation at the end of the school year in December.  I needed a break to explore my new city and country over the summer.

The following February, 1973, however, I did take a supply teaching job at another school for a few months – de la Salle College, Marrickville – this time an all-boys elementary and secondary school.  My class of Grade Five boys was much bigger than my small class of mainly girls at St. Mary’s, figuratively and literally.

And it was there that I met the de la Salle Brothers.  If I had thought the nuns were strict, it was nothing compared to the Brothers.  One walked around the school yard with a stick up his sleeve ready to pull out to deal immediately with any offence he saw.

He scared me too.  One day, when he came in my class to quiet the boys down, he whispered to me,

Thanks for the confidence boost, I thought.  It was at that exact moment that I decided I would show him.  I would get the proper training to become a teacher – and be a good one.

While the outings at St. Mary’s had been official ones, I probably broke several rules by inviting this class to join me for an unofficial trip to the beach.  I even brought my partner at the time, Bruce, just calling him a friend.  I’m not sure I fooled everyone, but we all had a good time.

In May, 1973, I left this job because my time in Australia was coming to an end.  Given that I had decided to pursue a teacher training course, I had applied to both Sydney Teachers’ College and the University of London Institute of Education.  The latter came in with an offer long before Sydney did, so I would leave the country I felt so in love with and travel to the UK for another adventure.  My cheap living and good salary enabled me to save enough money not only to travel through southeast Asia for a few months but also to live in London for the following year.  Those were the days.