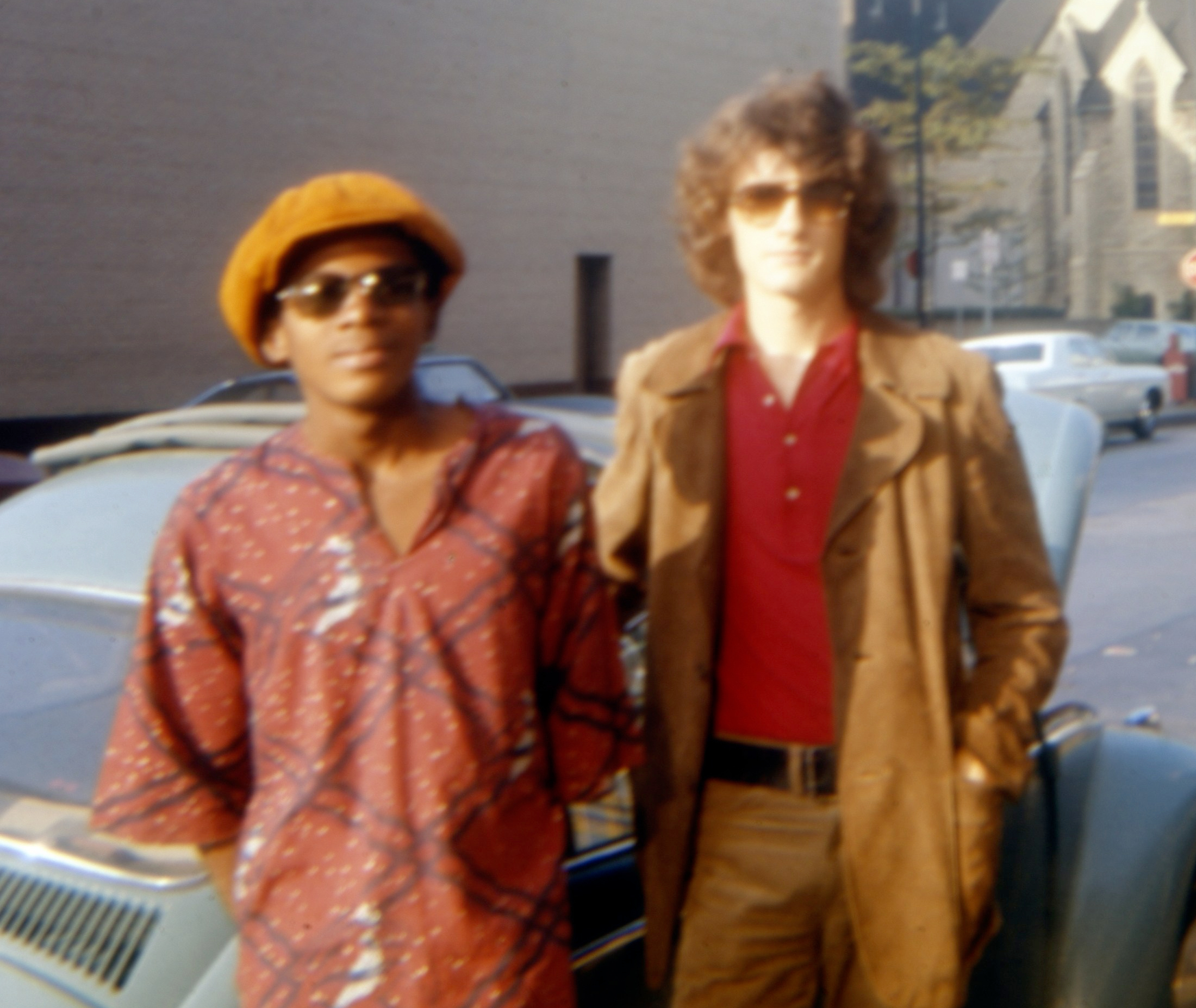 Little did I know that I would have so much to say about this infamous summer.   It’s Part Three already.  What I pulled out for this post was my 1971 agenda (or calendar/diary)  and it tells me more about that summer than I had remembered.  This post will tell all.

Around the same time that I started taking photos, I also started writing in an agenda — a habit I have continued virtually all my life.   And I still have them!

Generally speaking, the agendas consist of appointments, records of events and “to do” lists.   The only time I would write in more detail would be when I went on a trip. In no sense were they journals. Unquestionably, journals would have been more interesting and revealing about my thoughts and feelings. Despite that, they still give hints and reminders of what was going on for me.

Looking back at this 1971 agenda for the first time in decades, I find these entries.

These “dates” were likely with men I’d met at The August Club or on the street. (Most, apparently, with the name “John”!) Because it’s not a journal, I’m not able to remember what we got up to or how I felt about them. But it indicates that I was beginning to gain some kind of confidence in that I was brave enough to write them down. And I was getting out there.

Of all the men I met that summer, John Gropp was the one I remember. As you can see, my agenda confirms that we did get together many times.   When I returned to Toronto in 1990, I wanted to look him up for old time’s sake. Given that I knew he was an optometrist, he wasn’t hard to find. So I went to have my eyes checked – and check him out. Of course, he didn’t remember me. I shouldn’t have been surprised. I was just one of many from two decades earlier.  As you have probably learned, just because we remember our first loves doesn’t mean that they will remember us.

Goin’ to Chicago (with apologies to Count Basie)

What I didn’t need reminding of from my agenda was a road trip I took to Chicago with two gay friends from my job at Ontario Place. We drove there for a long weekend using my Mom’s VW Beetle.   In my agenda, there is more detail here than in the previous entries.

Tourist During the Day; Gay at Night

What I realized while re-reading this agenda is that what I did on this long weekend away turned out be the pattern I used for almost all of my travel in the decades to come:  tourist sites and straight friends all day and gay bars, dancing and cruising all night. And we certainly had quite the bar crawl that Saturday night.

In my head is a memory having a particularly fun time in one of those bars that was packed with men:  there was a buzz in the air and drag queens on the stage. My first ever.  I was enthralled and turned on.  What I didn’t write about but I also remember very well is ending up at a packed house party which involved more drinking – and more.

Thinking about it, I’m guessing that when I met John Cannan on August 24 in Toronto, he was probably having his wild weekend in the city. To me, he most likely said,

“Come and see me in Chicago”

And I jumped. I would have loved an invitation for my first gay adventure and so decided to do so.   Most likely, I would have been surprised and/or sad to learn that he, as I recorded in my agenda, ended up going away for the weekend that we were there.  Nevertheless, the three of us seemed to manage to keep ourselves busy.

Don’t forget how complicated it would have been for us to arrange to meet up with John given that long-distance telephone calls would have been expensive. No texting or emails existed then.  In all likelihood, we wrote letters to each other to make the arrangements.

Even though I had my camera, the only photo I took was this one of the two friends I travelled with: David and John.  It must be just before we returned home. The trunk in the front is open for our bags.  I stayed in touch with John for many years, but David disappeared from my life. I’d love to know what happened to him.

The Wages of Sin — Or Beginner’s Bad Luck

Browsing through my agenda also revealed these appointments:

It took me awhile to remember that T.W.H. was the Toronto Western Hospital and these were appointments to deal with “certain issues” I was having with V.D. (Venereal Diseases), as we called STI’s at the time.   And I remember that at that time, it was often the Dermatology Clinic where you’d go to be treated.  It would have been too bold to call it the VD Clinic.    And I see the Women’s College Hospital wanted me to bring names for, I assume, letting others know they could have been exposed to a venereal disease.

In those days, virtually all STI’s could be treated with antibiotics so, although it was a pain to have it treated, everything was completely curable.  We all know how that changed with AIDS in the 1980s.

As it turns out, these “factual” agendas actually brought back more memories than I might have expected – both pleasurable and challenging.

Do you have a “they forgot me too” first love story? Or maybe you married your first love – your one and only – and are still together? Do you have a first STI story??  A first gay bar story?