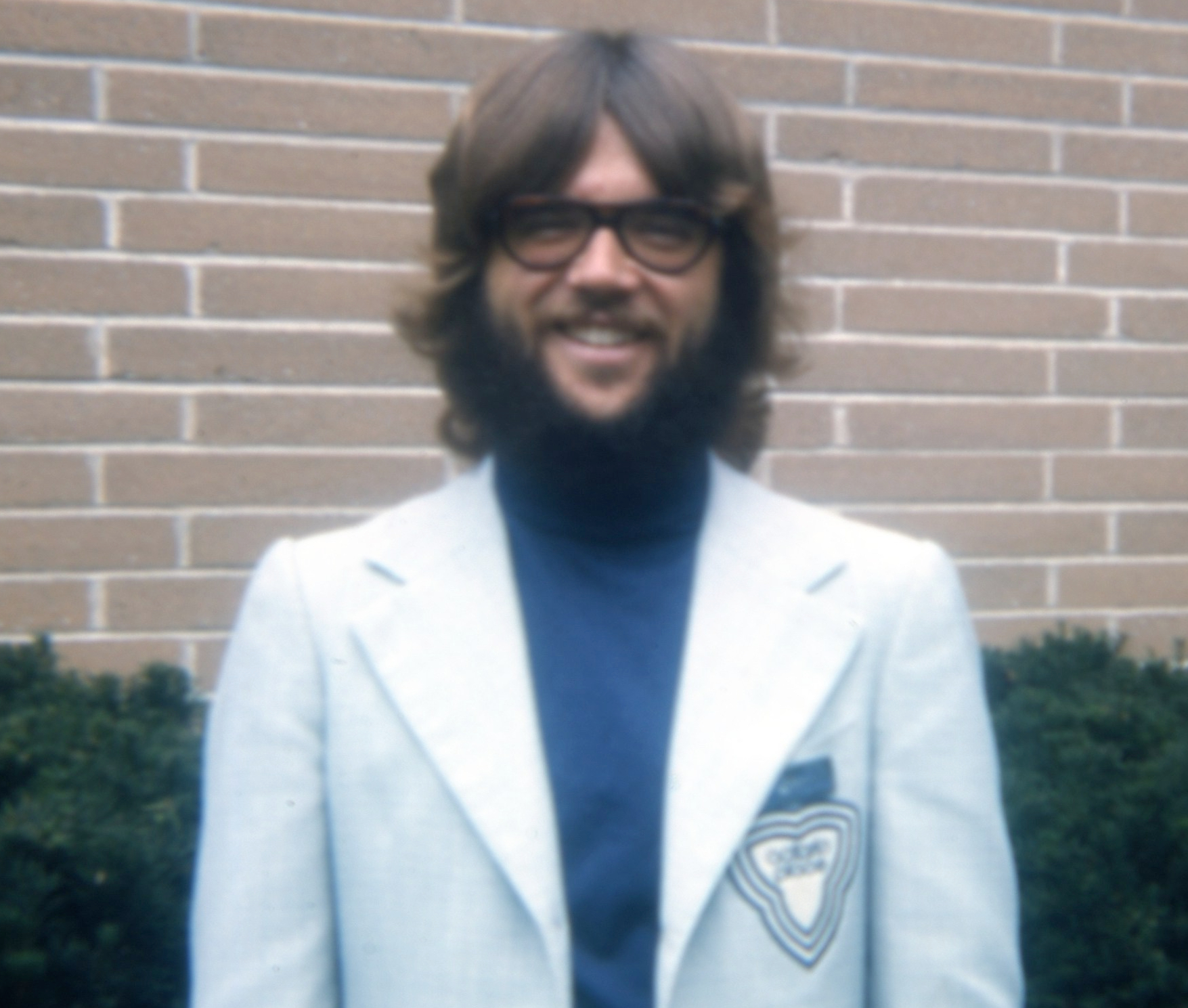 Even though I’d had a few same-sex sexual experiences as a teenager and even though I couldn’t keep my desirous eyes off the guys in the gym locker room, I never thought I was gay. That all changed during My Coming Out Summer of 1971.

I managed to fool myself about my sexuality because, after all, I’d had girlfriends throughout high school and many female friends.

Remember that homosexuality, in the 1960s, was virtually invisible in public life, including the media; certainly no homoerotic images either (unless you count the men’s underwear section of the Eaton’s catalogue.)

No role models to be seen and the few bits and pieces I found in the library about homosexuality were negative and/or tragic. That wasn’t me.

One problem for me, though, was that I scored pretty high up on the sissy scale. I threw a ball like a girl, as they say, certainly couldn’t catch one and the only sport I was any good at was skipping rope.   Despite that, I somehow avoided major bullying (or maybe I’ve blocked it from my memory).

The Girls and Drama Club Saved Me

I may have escaped the worst from the boys because I was able to socialize with the girls so easily – and they protected me. Along with that, I did well academically and participated in clubs and played tenor sax in the school band, gaining some kind of alternative status, I guess, allowing the bullying to be deflected.

My proudest moment was beating the football quarterback in the Charleston competition at one of the high school dances.

Because my mom instilled a strong sense of confidence in me, I didn’t think that the bullies could smell fear emanating from me either. Bullies attack the fearful and, although I was nervous, I seemed to be able to hide it.

My “safe space” was the Drama Club where I played major roles from Grade 10 to Grade 13. Later in life, I found out that several of the other boys in that Drama Club, as well as both the male teachers assisting us, were gay.

For university, I left suburban Toronto in 1968 for Queen’s University in Kingston. If I’d gone to the University of Toronto downtown instead, my coming out might have happened sooner, but it was not going to happen in football-oriented, beer-drinking, no gay bar Queen’s.

Nevertheless, my experience at Queen’s was a happy one. I continued to go out with women who thought of me as the perfect gentleman because I never put my hands on them. So polite, that Gregg.

I joined the newly-formed Queen’s Musical Theatre (natch) and performed in The Boyfriend and The Pajama Game. This time, no leads – only the chorus.

In my final year (1971), I met Andrea, a fellow chorister and dancer in The Pajama Game and we started going out. She was only in her first year, but I soon learned that she was quite different from my previous “don’t touch” girlfriends.  We had lots of fun together but one late night in her apartment, she surprised me by pouncing and, shall we say, getting to second and third base and before I knew it, we were in bed working towards a home run.

Not only that, the next morning she walked around the room naked, as casual as can be. I’d never seen anyone so unselfconscious about sexuality and their body.

As an uptight WASP, this was a surprise to me — combined with joy. The escapades happened for a few more dates, but she — and I — quickly realized that I certainly wasn’t her best lover; most likely, I was her worst.

She then did the biggest favour for me. She told me that her dad, who was separated from her mom and living in Vancouver, was gay and that she loved him and all his gay friends and they had so much fun together whenever she visited him. On top of that, she told me that everyone needs to do what feels right for them and follow their dreams and desires.   OMG. I’d never heard anyone talk like that before.

I am eternally grateful to Andrea for being so sensitive to what was going on for me and for gently and so sweetly encouraging me out the closet door – without ever saying:  You do know you’re gay, don’t you? So why don’t you do something about it, you dummy?

That was the starter. Then came My Coming Out Summer of 1971. I’d bagged a job as a Host at the brand new tourist attraction in the Toronto Harbourfront called Ontario Place. It was a cool job with all kinds of cool students and grads working there – mostly hetero.   They were hot to trot and seemed to be very used to exploring their feelings and following their desires.  I even grew a beard and let my hair grow longer which caused the management to ask me to cut it. You do know that men’s hair was the battleground with The Establishment in those days!  All us nascent hippies refused to trim our locks and they backed down.   My conservative self was loosening up.

Working at Ontario Place necessitated renting a room in downtown Toronto. So, for the first time ever, I wasn’t going to live at my parents’ home in the suburbs. I was free to explore!

And explore I did. Yonge Street was and is Toronto’s main downtown street and I discovered that was where you could see gay men on the street – if you looked carefully. I learned about the power of eye contact. The way to start talking to handsome men was to stop and look in shop windows when you noticed someone noticing you. You both would become intensely interested in whatever was in that window!   The perfect opportunity to start talking and maybe head to Country Style Donuts which was hangout central at the time. Full of gays but not identified as such. A good cover.

I lived in a shared house right near Yorkville — a part of Toronto that was hippy central at that time. You could almost call us a commune — another eye opener. I was still hesitant to talk about “my truth”, but they certainly weren’t surprised when they saw me bring men home from time to time.

At work, I started to meet other workers whom I suspected were gay. When one of them asked me if I was interested in joining him that night to go to a friend’s party, I didn’t hesitate to say yes. Just to be sure he had sussed me correctly, he did say, slowly and clearly,

“I should tell you that at this party, there will only be men.”

“No problem for me,” I quickly replied, my heart rate immediately doubling.

It was indeed a gay party with about 20 gay men in a swanky apartment – my first one. The party even had a name —The 8½ Party — after Fellini’s film “8½” and also in honour of the hosts’ 8½th Anniversary.   Wow. A party named after a film full of gay guys having fun and wanting to talk to me, given by hosts who’d had a relationship for many years. How cool was that?  Too bad I didn’t take a photo there! But I did find the movie poster.

During this, My Coming Out Summer of 1971, I began to have fun and experience friendship with people like me – just like Andrea had told me her father did in Vancouver.   I’d never felt that way before about my same sex desire. It proved to be the key to me feeling fine about finally coming out to myself and, shortly after, a few friends. Graduating from closeted gay to new gay, I was ready to rock and roll.

Over the years, I learned that my coming out story was completely typical of many others of that time — and still now.  We always think we’re the only ones until we learn we’re not.

How different or similar is my coming out story to yours or someone you know?