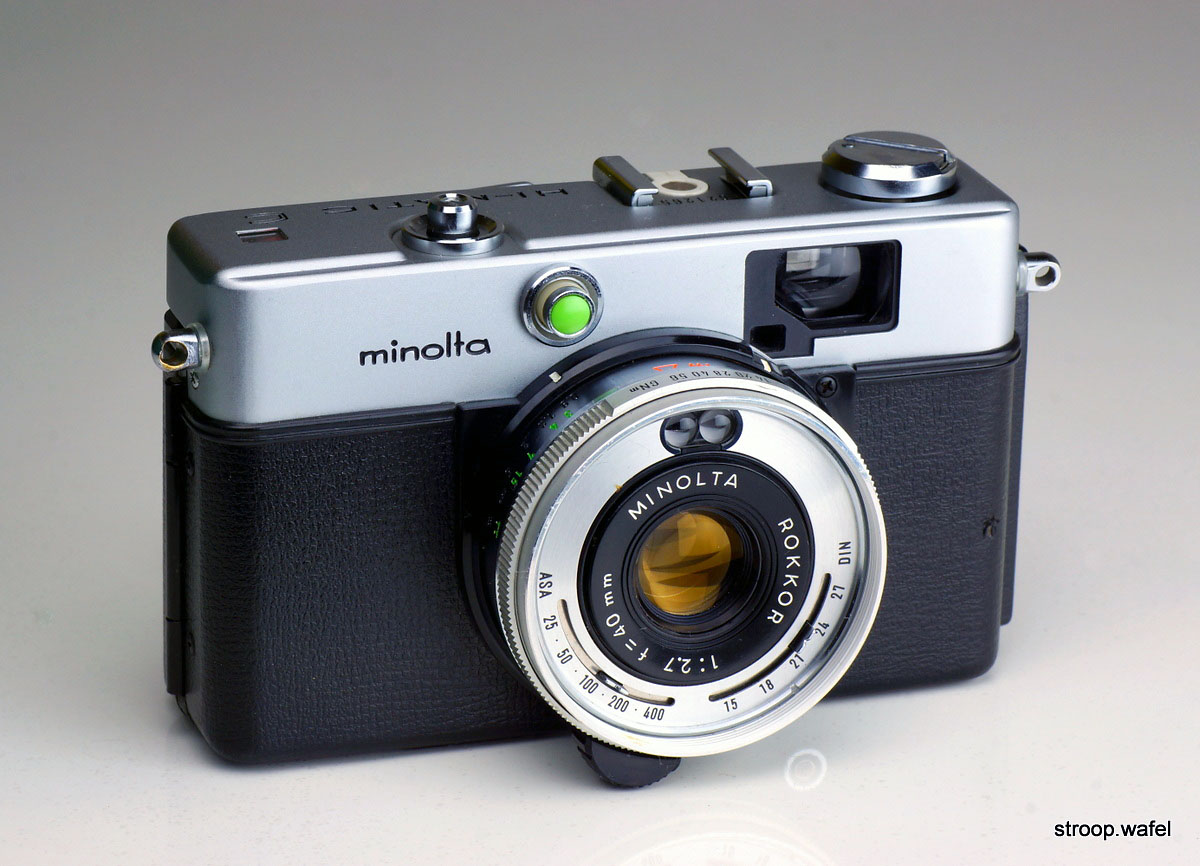 I’m going to start this post by saying I’m not a professional photographer – only an amateur hobbyist who has taken photos of friends and family throughout my life, starting as an early teen.

I come by my photography and archiving honestly.  My Dad was always taking pictures and 16mm movies of us as kids in the 1950s in suburban Toronto.  The movie projector (from the 1930s!) was unfailingly set up in our rec room ready to go.  Photo albums were filled up in the 1950s. His slide trays multiplied in the 1960s.   Without realizing it, I picked up his habit resulting in me now having tens of thousands of photos of my life over 6 decades – in prints, slides and now digitally on hard drives and in the cloud.

In The Beginning – 1961 and Square Snapshots

Given that my Dad always had a camera with him when our family went on a trip, I took one away with me on my first time away from home on my own — to Camp Pine Crest in Ontario.  I was 11 and it was the summer of 1961.

Most likely, I brought my Dad’s camera – probably a Kodak Brownie. Prints from that era were those 3.5”x 3.5” black and white square snapshots from either 120 or 620 type film.

The next prints I have were from another trip away on my own to Joliette, Québec in the summer of 1965 organized by the Canadian Council for Christians and Jews. The purpose was to bring English and French speaking Canadians together.  I exchanged with Claude Charette who is posing here in front of his home with his family.

There were usually only 12 prints from one roll so we needed to be very frugal with our shots – not like today when you can click away with gay abandon. The printed photos I took were this square size until 1970. That format, though, was widely used up to the beginning of the 1980s. But the prints moved from being black and white to colour.

The Next step – Snapshots to Slides (Big, small and 35mm)

During the 1960s when I was taking these prints, I began to also take slides (transparencies), which were always in colour – and more expensive at that time. Unfortunately, a combination of my poor photography skills along with some low quality film meant that many of my first slides are not very interesting.   The word fuzzy comes to mind.

I noticed more recently that I had three different sizes of slides. The most common one was the one on the right below, which became a standard (35mm), but the other two sizes were also used in the 1960s.

My first slides were that big size on the left. Whether it was a new camera or just different film in the same camera I’d used previously, I don’t know. They were taken on my third trip away from home in the summer of 1966 to Frontier Ranch near Colorado Springs at the age of 16.   An evangelical Christian youth group called Young Life ran the camp.  That was a spooky experience which I now recognize as having homophobic elements — but I did take photos of the men/boys who shared my cabin. This was our “formal” night.

In 1970, my father gave me my own camera for Christmas.  Hallelujah.  I was very excited, grateful and happy.  It was a Minolta Hi-Matic C and I still have the Owner’s Manual!   It had a collapsible lens (very smart) and it took a 35mm film cartridge that you manually threaded through the back of the camera always hoping that the film “caught”.  If it didn’t, you could end up taking a full 24 or 36 photos before realizing that the film hadn’t been exposed at all.

We are so used to automatic focus these days, but this camera didn’t have a very sophisticated system.  In fact, it relied on us, the photographers, to decide the right one of four settings.   This is why, unfortunately, some of my slides from the ’70’s are blurred!  I wasn’t patient enough to get the right setting.

That Minolta camera stayed with me for almost a decade, following me on my trips around the world.   But a thief broke into my car on a street in London in 1979 stealing a bag, which had my camera in it.   My heart was broken so much that I couldn’t bear the thought of getting a new camera until a year later. I had a long grieving period!

After I came out of mourning and after I’d saved enough money, I bought a state of the art Canon A-1 35mm SLR Film Camera with a 50mm lens in April 1980.

One of its main advantages was that when you looked through the viewfinder, what you saw was what you got. With my previous camera the viewfinder was above the actual lens, so you always had to take that into account when framing the picture – which I didn’t always remember.  One other big advantage is that it certainly had a better automatic focus system.  You could manually decide on the f-stop (term for the size of the aperture opening) and lens speed (how fast the aperture opened) yourself or make it relatively automatic. – which I tended to do, being the amateur that I was.

With this camera, you could buy various lenses to use depending on your need. I started with the original fixed 50mm lens, but later bought a wide angle and a telephoto lens – all zoomable. And if you wanted a flash for a photo in darker settings, you needed a separate flash as well – I got a Speedlite 199A one. The flash was bigger than the camera itself!

You can imagine that you needed a bag to carry all this paraphernalia around with you and that did get tedious, but I loved what I was doing with the photos, so I ended up taking many more during the 1980s than I had in the 1970s. I wish I had a photo of all my equipment, but I can’t find one so I’ve taken this photo from the web.

My relationship with this camera came to an end when I accidentally left it under a bench in a park in Berlin in the summer of 1992. I remembered my error about 30 minutes later but by the time I had returned to the bench it was gone.   Stupid mistake.

To lessen the load of carrying around all the paraphernalia of the A-1, in 1988 I bought an Olympus AZ-1 Zoom that was much more compact and easier to use than the A-1: no lenses to carry around, with a built-in flash and zoom lens. It was closer to what we now call a “point and shoot” model with the camera making all the decisions about the best shot for you. I still used the A-1 but less and less as the quality of the prints seemed as good with the AZ-1 as it did with the A-1.  The photo of this AZ-1 comes from the web.  The manual is mine!

As I mentioned earlier, I started taking slides in 1966.   By the 1970s, they were cheaper and better than prints.   The film was usually either Kodachrome or Ektachrome.   The film price usually included processing and you needed to put your exposed film in an envelope and mail it away to Kodak. About 10 days later, a package would arrive with your 24 or 36 slides. By that time, you were excited to see them arrive. Unfortunately it was also the time when you discovered which ones were over-exposed, under-exposed and out of focus. Of course, now, you know right away and can just take another photo.

Around 1987, it became cheaper to take prints rather than slides, so, like many other people, I switched back to prints using the same cameras, but buying print film instead of slide film. My last slide was taken in September 1987. From that point on, I took prints and that lasted all through the 1990s.   You could still send the film away for processing, but it became more usual to get your film developed at a local camera store or pharmacy.  The most common photo size was 6″x4″, as it remains to this day.  If you wanted to splurge, you could get the more expensive 5″x7″.

The huge revolution in photography happened around 2000 when digital cameras became available. Here you could view your shots right after you took them (something we take for granted now) and decide whether you needed to reshoot the shot or not. Most importantly, once you’d bought the camera, photography was free!   No film to buy and no processing fees.   You only needed a memory card. What more could we ask for? On top of that, we could take videos!  No sound to start with, but I was astounded at their capabilities.

My first digital camera was an Olympus D-490 Zoom given to me by my husband, David, at Christmas in 2000. He completely surprised me and I was thrilled.  I used that camera for years. But the technology was developing so quickly and the prices were coming down, so I moved onto other cameras.

Around 2005, I bought a Lumix DMC-FX7 – much smaller than the Olympus. It had one disadvantage, though, which was that it didn’t have a viewfinder. By that time, it was virtually impossible to find a digital camera with a viewfinder as you were supposed to view your subject on the camera’s screen. Call me old-fashioned, but I missed that viewfinder. Of course, now we’re all used to not having it and using the built in screen to frame the photo.

But in 2009, I decided to go back to having a viewfinder and found one that still actually had one — the Canon PowerShot SD950 IS.   It was a tad bigger than the Lumix, but its specs were better.  As we know, each year the cameras were getting more powerful.

Until Apple changed everything…

Shifting from Digital Cameras to an iPhone (2011+)

I resisted the pressure that Apple put on all of us to buy their products, but I broke down in 2011 and bought an iPod. That was followed by an iPad retirement gift to me in 2012 and David bought me an iPhone 5 for my birthday in 2014. I retired my Canon and moved completely to Apple products for photos. Their plan for world domination was sucking me in!   We are all familiar with these devices so I don’t need to explain how they’re used or their advantages/disadvantages or show pictures of them!

If any of my readers can give me their experiences with photography over the decades and how it’s similar – or not – to my experiences, please do.   I’m also happy for anyone to correct any of my technical facts. Or fill it out. For a real camera buff, this would only have scratched the surface. Teach me more!

3 thoughts on “My Cameras and Photographs from 1961 to now: The Tech Talk”